Made a few updates to the zero and upper level generators this evening:

Someone on Reddit pointed out a bug with the number of non-human languages at zero level. That bug’s been squashed, and I added the option for dwarves, elves, and halflings to always get their racial language, regardless of their intelligence score.

While I was messing around inside the guts of the generators, I also added the option to auto-reroll (or not) low rolls for important stats for upper level characters.

Previously the upper-level generator always ‘sweetened’ bad rolls for each of the classes two most import stats: such as intelligence and perception for wizards, and strength and agility for warriors. (Below 11 for the first, 8 for the second).

This was primarily so the generator didn’t have to deal with ‘edge-case’ characters like Int 3 wizards that couldn’t cast spells, etc. But it also reflected the greater likelihood that characters with at least serviceable stats in their most important areas would survive to upper levels.

Now you can choose for yourselves.:)

(At some point in the future, I’m planning on adding a much more elaborate adjustable ‘weathering’ option to the upper level generator that will commit all sorts of mayhem (and mercy) on the characters based on how many levels they climb). 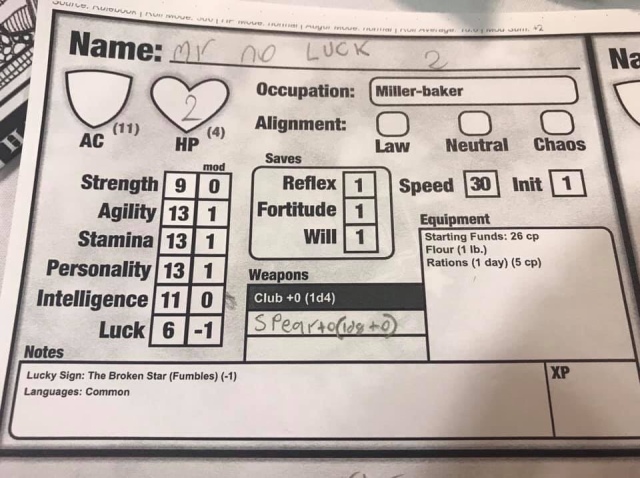